The Spectacular Event Highlights of 2018 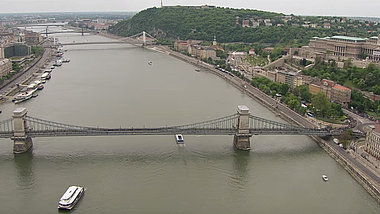 The event calendar of The Flying Bulls is packed. In addition to a number of “classics”, it includes completely new events and locations. Preparations are already in full swing. Here is an overview of the highlights you can look forward to this year.

The year starts with the traditional training camp in Slovenia at the beginning of April. It is followed by numerous air shows:

The ILA is the leading aerospace exhibition with more than 150,000 visitors. Nowhere else can visitors marvel at as many industry innovations as here. In addition to covering countless topics of the future, the event caters for aviation enthusiasts. Follow the unique display flight programme; in which both civil and military aircraft show off their respective skills. The displays will be is accompanied by professional commentary. Explore more than 200 aircraft on the ground as part of ILA’s static display, including passenger planes, transport planes, helicopters, jets, and drones – close up and some open for inspection.

On the 1st of May, the Hungarian capital is all about speed and fast machines. This is an event The Flying Bulls simply cannot miss.

The upcoming air shows in England promise to be a special highlight this summer. The season kicks off with the Cosford Airshow in June, followed by the Yeovilton RNAS Air Day in early July. The next events on the calendar are the Flying Legends in Duxford and the RIAT (Royal International Air Tattoo) in mid-July, before our tour of England ends at the Farnborough International Airshow. The homecoming of our Bristol Sycamore is certainly a special event and is likely to create a lot of interest and excitement among aviation enthusiasts.

THIS IS A TREBLE OF HAT TRICKS:

Three weeks, three events, three countries. One air show after the next. We start in Poland, travel to Slovakia next, and then head on to Belgium for the grand finale.

Almost a home game: During the Formula 1 weekend and the MotoGP at the Red Bull Ring in Styria, The Flying Bulls provide the perfect supporting programme.

These highlights are but a small selection of events featuring The Flying Bulls this year. Stay up to date by visiting our page regularly.